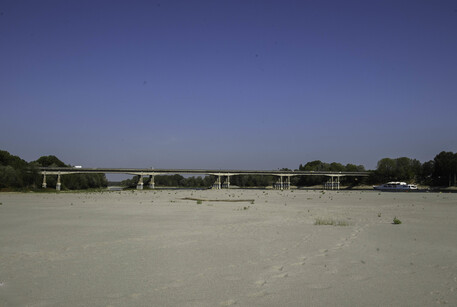 (ANSA) - ROME, AUG 3 - After a brief truce, Italy is starting to feel the effects of the latest in a long series of intense heat waves to hit the country this year, exacerbating its severe drought and the huge problems the agriculture sector is facing.
The new heat wave is forecast to peak on Thursday and Friday, with temperatures back around 40°C.
Florence, Rome, Bologna and Milan are set to be among the worst-hit cities.
Temperatures are expected to go even higher in inland areas of Sardinia.
The heat is expected to be accompanied by high levels of humidity in Palermo, Bolzano and Perugia. In addition to making the drought worse, the heat waves have also made it easier for the wildfires, many of which have broken out in recent weeks, to spread faster.
Scientists say that more frequent and more intense heat waves are among the consequences of climate change caused by human activity.(ANSA).