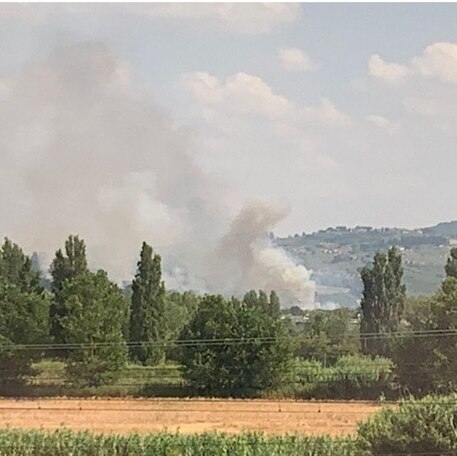 (ANSA) - ROME, JUL 26 - Flights to and from Florence airport were suspended on Tuesday because of smoke from a big wildfire in the nearby towns of Lastra and Signa, Tuscany Governor Eugenio Giani said via Telegram.
The governor said a big team has been dispatched to fight the fire.
Italy looks set to record a record number of wildfires this year.
The severe drought Italy is enduring and a series of heat waves have created conditions that make it easier for fires to spread fast.
For example, Italian firefighters conducted 32,921 operations to combat blazes involving forests and vegetation between June 15 and July 21, 4,040 more than in the same period last year, according to data released on Friday.
Drought and heat waves are among the extreme weather events that scientists say are becoming more frequent and more intense due to climate change caused by human activity. (ANSA).