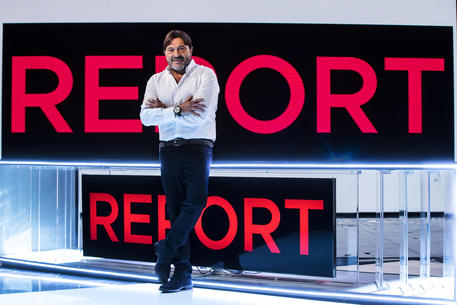 (ANSA) - ROME, MAY 24 - Sigfrido Ranucci, the presenter of Rai's 'Report' TV show, said Tuesday that police were searching the programme's offices at the state broadcaster and the home of one of its journalists over material it showed on Monday about the 1992 Capaci Mafia bombing in which anti-mafia prosecutor Giovanni Falcone was killed.
Monday was the 30th anniversary of the Capaci bombing in which Falcone's wife and three of his bodyguards were also murdered.
The investigative journalism show presented evidence suggesting Stefano delle Chiaie, the leader of the Neofascist group Avanguardia Nazionale, was at the scene of the bombing.
Ranucci said via Facebook that the DIA anti-mafia officers were staging the searches to "seize evidence regarding last night's report "The investigators are also looking for documents and witness statements on mobile telephones and computers".
It is suspected that figures outside Cosa Nostra were also involved in the Capaci bombing.
Caltanissetta Prosecutor Salvatore De Luca said the journalist was not under investigation and the searches were being staged to verify the authenticity of the sources. (ANSA).