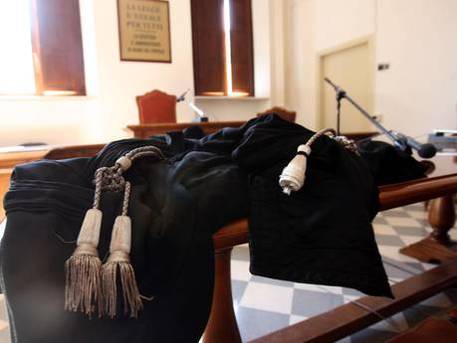 (ANSA) - ROME, MAY 20 - A couple from the Maghreb have been indicted for allegedly beating their daughter for wearing Western-style clothes instead of traditional Muslim robes near Modena last August, the Gazzetta di Reggio Emilia reported Friday.
The man, 62, and woman, 56, are alleged to have threatened to kill the young woman, who is now 20.
The daughter reported her parents to police saying they also allegedly forbade her from having male friends, the Emilian daily reported.
The father allegedly went to the office where the young woman worked and insulted her in Arabic, shouting from outside the building, police reportedly said.
The young woman will stand as civil plaintiff in the trial.
(ANSA).