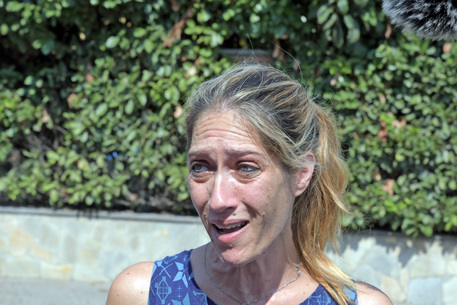 (ANSA) - ROME, DEC 1 - Eitan Biran, an orphaned six-year-old child who was the only survivor of the Mottarone mountain cable-car disaster in May, will return to Italy on Friday December 3 after the Israeli supreme court on Monday rejected an appeal filed by his grandfather who took him from Italy to Israel against awarding custody to his Italy-based paternal aunt, sources said Wednesday.
Eitan will fly back to Italy with his aunt on a plane from Tel Aviv Friday morning, they said.
A Tel Aviv family court ruled on October 25 that Eitan be returned to the care of his Italian-based paternal aunt, Aya Biran, saying that his habitual residence was in Italy.
Shmuel Peleg, the maternal grandfather, unsuccessfully appealed against the ruling and one by another Israeli court.
Italy has requested the extradition of Peleg and his male accomplice in taking Eitan out of the country, but Israel does not extradite its own citizens.
Eitan's parents, great-grandparents and two-year-old brother were among the 14 victims of the disaster.
The Peleg family said it would continue its fight to keep Eitan with them saying "Israel is giving up a Jewish child, one of its citizens".
They said Italy should revise the sentence awarding custody of the boy to his aunt.
The Biran family called the sentence "morally and legally correct".
They urged the Pelegs to give up their legal action.
Meanwhile in Cyprus the grandfather's alleged accomplice, 50-year-old Israeli former military contractor Gabriel Alon Abutbul, was released with an obligation to sign in with police for the next 60 days.
Italy has filed an extradition request for the man. Cyprus has an extradition treaty with Italy.
Eitan, who moved to Italy with his Israeli parents in 2018, had been put into the care of his Italian-based paternal aunt, Aya Biran, after the disaster by the Italian authorities.
The maternal side of the family was unhappy about this and a custody battle ensued.
The child was whisked away after being taken out by Peleg during a visit.
He was allegedly flown to Israel on a private jet.
Israeli authorities have received Italy's extradition request for Peleg, but are not expected to act on it. (ANSA).