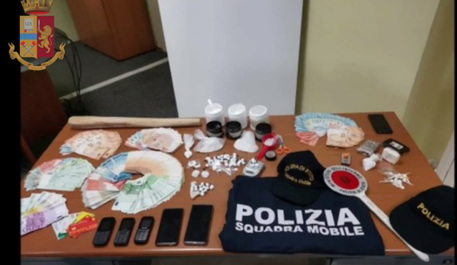 (ANSA) - ROME, NOV 29 - A trade unionist constituted the "armed wing" of an 'Ndrangheta clan in Potenza, police said after smashing the Calabrian mafia unit on Monday.
The unionist, who has been suspended by his UILTUCS union, was one of 37 people arrested on suspicion of drug trafficking and other mafia crimes Monday.
The man, Rocco Della Luna, coerced the region's biggest hospital into taking on a Mob-linked cleaning firm, police said.
Interior Minister Luciana Lamorgese hailed the "vast and articulated operation that dealt a hard blow to the clan" in Potenza.
The clan, led by Renato Martorano and Dorino Stefanutti, two of those arrested, had become a leading player among mafia clans in Lucania, Sicily and Puglia, police said. (ANSA).