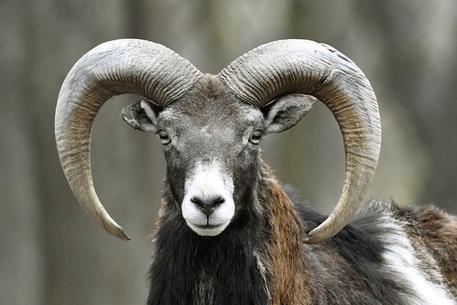 (ANSA) - ROME, NOV 25 - An Italian animal rights group on Thursday called for a boycott of the Giglio and Elba islands over a cull of mouflon sheep which ha started on the former and may well spread to the latter.
"We urge all Italian and foreign tourists to boycott these two islands for the Christmas holidays and we urge those who have booked to cancel their reservations," said the Italian Association for the Defence of Animals and the Environment (AIDA&A).
"They are killing the mouflons first on Giglio and then almost certainly on the island of Elba where the mouflons who could die are much more than those on Giglio island", said the association.
Two other animal rights groups, the Associazione Vitadacani and the Network of Sanctuaries for Free Animals, appealed to "citizens, associations and volunteers to spontaneously and personally go to (Giglio) island to permanently guards its territory and post watch to prevent the massacre".
They said selected hunters had already started shooting the 30 or so mouflons on the island, which like Elba is off Tuscany.
"Yesterday on Giglio they started shooting. At the moment four mouflons have already been killed by the hunters chosen by the Tuscan Archipelago Park to exterminate the last scarce group of animals, 30 or so present on the island.
"The Park is therefore going ahead with the eradication of this species despite all the protests and the many statements of willingness to transfer and welcome the animals in sanctuaries and wild-animal recovery centres outside the island".
The groups have written to the environmental panel of the European Parliament to stop the cull.
In their appeal to the EP's environment committee, activists including the anti-vivisection league LAV say the argument that the sheep are threatening the island's fragile agricultural system is false.
They say Giglio's farmers have themselves recognised this.
The mouflon is a wild sheep native to the Caspian region from eastern Turkey, Armenia, Azerbaijan to Iran, which has spread to Italian islands including Sardinia.
It is thought to be the ancestor of all modern domestic sheep breeds. (ANSA).