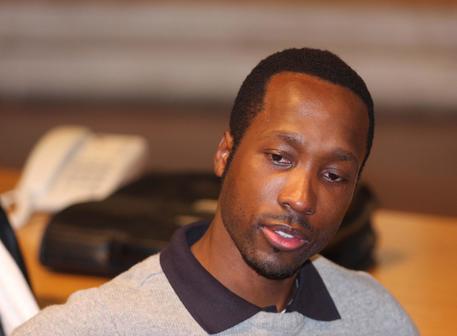 (ANSA) - ROME, NOV 23 - Rudy Guede, an Ivorian drifter convicted of murdering British exchange student Meredith Kercher in Perugia in 2007, became a free man Tuesday after he was released with time off from a 16-year prison term.
A Viterbo surveillance court judge released Guede, who will be 35 on Boxing Day, awarding him an early release 14 years after the November 1 murder of 21-year-old London-born Leeds University student Kercher.
A year ago Guede was entrusted to the social services to do community service instead of jail time for the remaining year or so of his sentence.
Guede was 20 years old at the time of the murder in the Umbrian capital.
He is the only person definitively convicted of killing the British exchange student after the Italian supreme court acquitted two other former suspects, American Amanda Knox and her Italian ex-boyfriend Raffaele Sollecito, overturning an earlier conviction.
The Ivorian, who has maintained his innocence, made an unsuccessful bid for his case to be reviewed after Knox and Sollecito were cleared.
The explanation of the supreme court's conviction of Guede said he was not the only person involved, saying the unidentified other or others should be found.
Guede's DNA was found inside Kercher and all over the murder scene.
Knox and Sollecito's initial conviction was based on DNA evidence that was later ruled unsafe, leading to their final acquittal.
Guede said he went into a "state of shock" after finding Kercher dead following a visit to the bathroom after meeting her on the night she was killed.
He fled the country and was arrested in Germany a few days after the murder.
In September 2019 Guede was granted daytime release from jail.
The end of Guede's term was initially calculated to be January 4 next year but the surveillance judge's decision brought it back to November 20, three days ago, spelling his immediate release.
(ANSA).