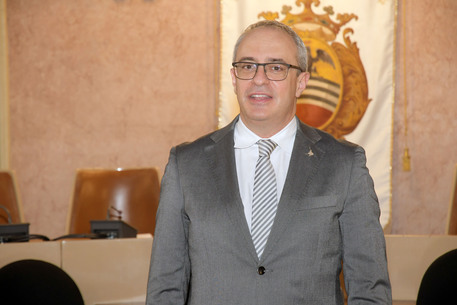 (ANSA) - ROME, OCT 20 - A northern Italian former municipal councillor who shot dead a Moroccan immigrant during a fight on July 20 was released from house arrest Wednesday after the terms of his arrest expired.
Voghera Security Councillor Massimo Adriatici is under investigation for excessive self-defence after shooting dead 38-year-old Yous El Boussettaoui outside a pub, as he fell to the ground after allegedly being punched.
Adriatici, a lawyer and local anti-street violence campaigner, allegedly fired at the immigrant in self-defence, said his rightwing nationalist League party, which is known for its tough stances on migrants and which has successfully campaigned for looser self-defence laws in Italy.
Centre-left parties were critical of Adriatici saying he was an example of "Wild West vigilante justice". (ANSA).