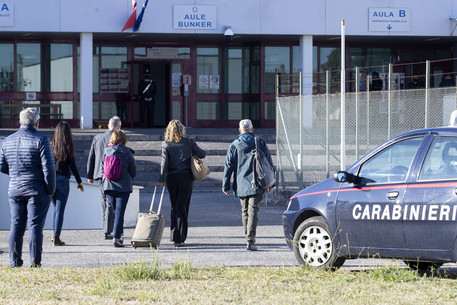 (ANSA) - ROME, OCT 14 - The trial in absentia of four Egyptian security agents over the 2016 kidnapping, torture and murder of Italian doctoral student Giulio Regeni starts in Rome on Thursday.
The Friuli-born student went missing in Cairo on January 25, 2016.
The brutalised body of the Cambridge University doctoral researcher, who was working on the politically sensitive topic of Egyptian street unions, was found a week later, on February 3, 2016, in a ditch on the road to Alexandria.
He had been tortured so badly his mother said she only recognised him by the tip of his nose.
National Security General Tariq Sabir and his subordinates, Colonels Athar Kamel Mohamed Ibrahim and Uhsam Helmi, and Major Magdi Ibrahim Abdelal Sharif, are on trial at the third Court of Assizes in Rome.
The Italian premier's office has decided to stand as a civil plaintiff in the case.
The first hearing is be devoted to procedural issues.
Rome prosecutors say that Regeni, 28, was tortured for days, resulting in "acute physical suffering" by being subjected to kicks, punches, beaten with sticks and bats and cut with sharp objects, and also being burned with red-hot objects and slammed into walls.
Egypt's prosecutor general, Hamada al Sawi, has said "there is insufficient evidence to prove the charges".
At various times Egypt has advanced differing explanations for Regeni's death including a car accident, a gay lovers' tiff and abduction and murder by an alleged kidnapping gang that was wiped out after Regeni's documents were planted in their lair.
The head of the street hawkers union had fingered Regeni as a possible spy.
Lack of cooperation on the case by Egypt led to Rome's temporarily withdrawing its ambassador from Cairo for a spell.
(ANSA).