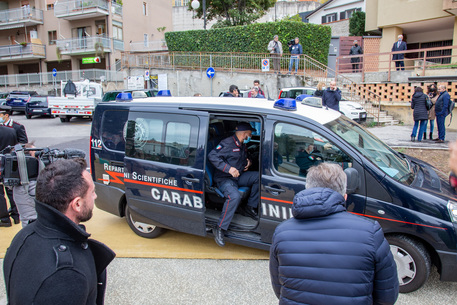 (ANSA) - ROME, OCT 14 - A 57-year-old man was arrested near Parma Thursday on suspicion of brutally attacking a parish priest who was putting him up, punching and kicking the cleric and slashing his face with a knife, local sources said.
The man was being put up in the rectory of the Santa Maria Annunziata church at Fidenza, when the priest reportedly complained about his loud music and asked him to turn it down.
He inflicted a deep wound on Father Mario's face, sources said.
The priest has been taken to hospital in serious condition.
The man has been charged with attempted murder, grievous bodily harm and permanently disfiguring someone's face, a new offence introduced after a spate of acid attacks on exes. (ANSA).