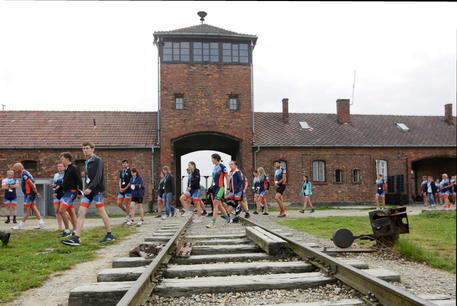 (ANSA) - ROME, OCT 7 - A late Carabiniere officer who saved two Jewish sisters from the Nazis was named 'Just Among the Nations' by Israel on Thursday.
Brigadier Giuseppe Ippoliti, originally from Sonnino near Latina south of Rome, took Edith and Trude Fischhof into his home near Brescia in 1943 along with his wife Teresa Zani, saving them from deportation to the death camps.
The great-grandson of Ippoliti, who died in 1974, was given the honour in a Latina school Thursday by Israeli Ambassador to Italy Dror Eydar.
The most touching moment of the ceremony was when Edith Fischhof went back over the dramatic days of their rescue along with the brigadier's descendant, Paolo Ippoliti.
Just or Righteous Among the Nations is an honorific used by the State of Israel to describe non-Jews who risked their lives during the Holocaust to save Jews from extermination by the Nazis for altruistic reasons.
The most famous recipient of the 'Righteous' title was Oskar Schindler, whose rescue of thousands of Jews in his factories was told in Thomas Keneally's 1982 historical novel Schindler's Ark and the 1993 film by Steven Spielberg, Schindler's List.
(ANSA).