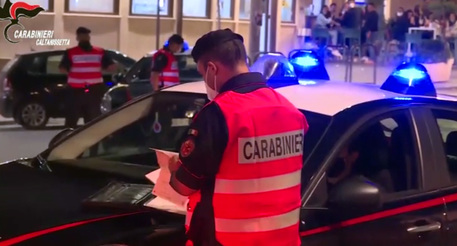 (ANSA) - PALERMO, SEP 24 - Over 50 mafiosi were arrested in a police swoop in Sicily on Friday, police said.
Those arrested are alleged members of the Sanfilippo clan of Mazzarino near Caltanissetta, which is said to take its orders from the Gela branch of the second largest Sicilian crime organisation, the Stidda (Sicilian for 'Star'), which is much less famous than Cosa Nostra.
Those arrested have been charged with mafia association, murder, extortion, drug trafficking and arms possession, all aggravated by using mafia methods.
During the probe police said they shed light on two mafiosi allegedly 'disappeared' in 1984 and 1991 with the 'lupara bianca' method.
Police said the Mazzarino clan extorted large sums of money from local businessmen to fuel their illicit activities and help jailed mafiosi. (ANSA).