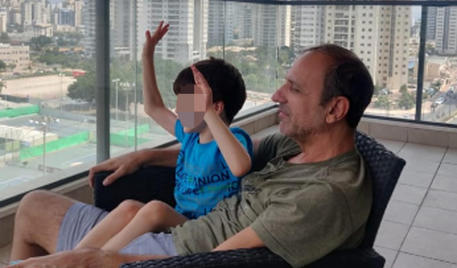 (ANSA) - ROME, SEP 23 - Eitan Biran, the orphaned six-year-old Israeli boy who was the sole survivor of the Mottarone mountain cable-car disaster in Piedmont in May and was taken out of Italy by his maternal grandfather earlier this month, will stay in Israel for the moment, lawyers representing the paternal side of the family said on Thursday.
Speaking after the first hearing in Tel Aviv about the custody battle over the boy, the lawyers said the two sides of the family had reached an agreement on Eitan's routine until the next hearing on October 8.
Until then the boy will spend half of his time with the maternal family and half with his paternal aunt, Aya Biran, who is the legal guardian for the Italian authorities, legal sources said.
The case is set to be examined by the court for three consecutive days from October 8.
The paternal grandfather, Shmuel Peleg, is being probed in Italy for alleged aggravated kidnapping.
Eitan was reportedly driven across the border to Switzerland and flown to Tel Aviv with a private jet after being taken out by his maternal grandfather during a visit.
Eitan's parents, great grandparents and two-year-old brother were among the 14 victims of the disaster.
Eitan, who moved to Italy with his parents in 2018, had been put into the care of his Italian-based paternal aunt, Aya Biran, after the disaster by the Italian authorities.
Aya Biran has presented a petition for the boy to be returned to Italy on the basis of the 1980 Hague Abduction Convention.
(ANSA).