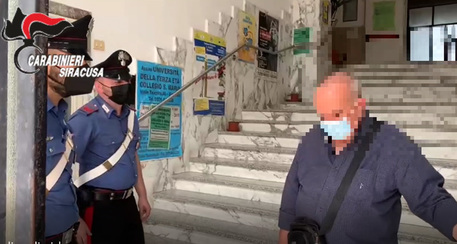 (ANSA) - SIRACUSA, SEP 23 - Some 77 people have been placed under investigation on suspicion of scamming religious institutes across Italy, police said Thursday.
They said the well-organised gang based in Siracusa and with branches around Italy carried out 148 scams on as many institutes between September 2014 and February 2019.
Police served stay-at-home orders on seven people, four in the Siracusa area and three near Turin.
They have been charged with conspiracy to commit fraud against religious institutes and care homes.
The fraudsters allegedly posed as regional, provincial and municipal officials, bank and post office clerks and managers, and said the institutes had been given mistakenly large donations and would have to pay back the excess amounts, generally between 1,000 and 3,000 euros, police said.
The victims promptly paid out via postal cheques or Posta Pay accounts.
The alleged gang also collected personal information that enabled them to better con their victims, police said.
Some 21 bank accounts belonging to some of the gang have been frozen.
A number of credit and debit cards have been seized as well.
(ANSA).