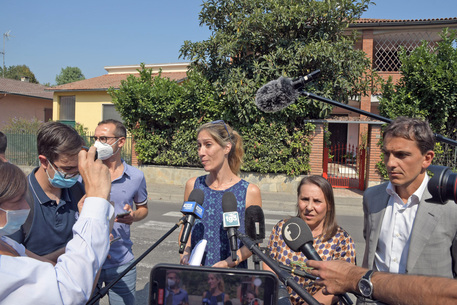 (ANSA) - ROME, SEP 13 - Prosecutors in the northern Italian city of Pavia have opened a probe into the alleged abduction of Eitan Biran, the six-year-old Israeli boy who was the sole survivor of the Mottarone mountain cable-car disaster in Piedmont in May, after his maternal grandfather took him back to Israel at the weekend.
Eitan's parents, great grandparents and two-year-old brother were among the 14 victims of the disaster.
Eitan, who moved to Italy with his parents in 2018, had been put into the care of his Italian-based paternal aunt, Aya Biran, by the Italian authorities.
The boy's maternal family last month said they would mount a legal challenge against this decision, saying the child was being held "hostage".
He was reportedly was driven across the border to Switzerland and flown to Tel Aviv with a private jet after being taken out by his maternal grandfather on Saturday.
Cristina Pagni, one of Aya Biran's lawyers, said Monday that she as going to talk to a judge about appealing to the 1980 Hague Abduction Convention to bring he boy back to Italy.
The child's family in Israel told local media that he was being given "psychological and medical care" at a hospital on the outskirts of Tel Aviv. (ANSA).