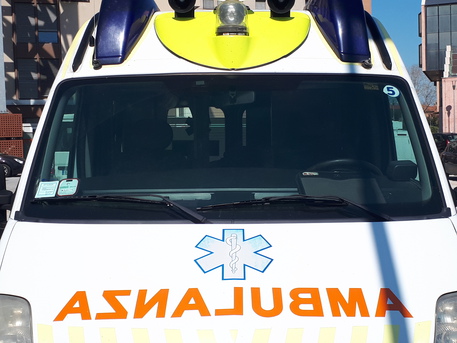 (ANSA) - ROME, AUG 26 - A 39-year-old Italian diver died in a workplace accident at a fish farm owned by a firm at Piombino near Livorno on Thursday, local sources said.
The accident happened in the Golfo di Follonica near Grosseto.
Rescue teams said the man was probably hit by a boat.
An ambulance rushed to the scene but could do nothing for the victim.
Police are trying to reconstruct what happened.
Italy is in the middle of a spate of fatal workplace accidents which has spurred calls to raise workplace safety.
The death of the 22-year-old mother of a five-year-old boy, Luana D'Orazio, in a textile mill accident near Prato on May 3, placed the issue at the centre of public debate once again.
Another five people died at work in the first week of May, in accidents. They were followed by six more in June.
Premier Mario Draghi said that more must be done on workplace safety.
Over 2,000 additional workplace safety inspectors will be hired adding to the 4,500 now on duty, he said.
Italy's recent spate of fatal workplace accidents continued on August with two more deaths.
A 36-year-old man died at a foundry that produces aluminium components for cars in San Paolo d'Argon, in the northern province of Bergamo, following a fall, Regional Emergency Agency AREU said .
Also, a 56-year-old man is dead after suffering burns on 70% of his body in a workplace accident in Asti, sources said.
The man was a technician who was working at a retail outlet, the sources said.
Two workers died in Italy on August 9, including an 18-year-old who fell down a gorge on his first day on the job as a game warden.
The spate of workplace deaths includes that of Laila El Harim, a 40-year-old woman originally from Morocco who died on August 4 at a plant at Camposanto, in the northern province of Modena, after getting caught up in the machine she was working on.
She left behind a four-year-old daughter and her partner.
The head of Italy's workplace accident and occupational illness insurance agency INAIL blasted the situation as "shameful".
"A leap forward in relation to workplace security and prevention is fundamentally important because you can't keep having these deaths," INAIL President Franco Bettoni told RAI television.
"We have to keep investing in prevention and INAIL will continue to do this together with businesses and trade unions.
"It is necessary to develop a culture of safety, starting from school, and INAIL will work on this too".
Maurizio Landini, the leader of Italy's biggest trade-union confederation CGIL, suggested introducing a points-based penalty system regarding workplace accidents for firms, like that of driving licences.
"The time has come to make serious investments," Landini said.
"And a points-based licence is needed too so that firms with too many accidents cannot continue to take part in public tenders".
El Harim was not trained to use the machine that killed her, investigators have concluded. (ANSA).