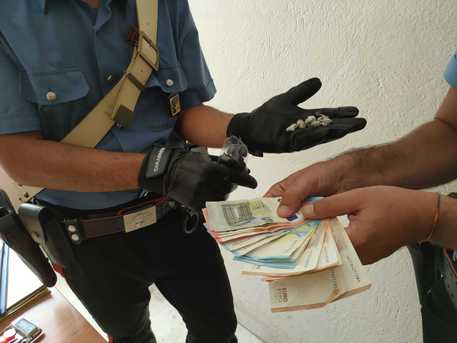 (ANSA) - NAPLES, AUG 19 - One of Italy's most dangerous mafia fugitives, top Camorra narco trafficker Raffaele Imperiale, was arrested in Dubai on August 4, sources said Thursday.
Imperiali, 46, on the run since 2016, has reportedly been living a lavish life in the UAE capital.
Imperiale had an older brother who died in 1996 and left him a coffeeshop in Amsterdam from where he began his criminal career.
In his coffeeshop Imperiale sold soft drugs and was reportedly involved in large-scale cocaine trafficking with the Dutch drug trader Rick van de Bunt.
In the 1990s he was introduced by Antonio Orefice, a member of the Neapolitan mafia's Moccia clan, to Elio Amato, brother of Raffaele Amato, at the time one of the top drug traffickers of the Di Lauro clan. Imperiale began to earn millions of euros, becoming the pointman of the Di Lauro organization that dealt directly with the drug trafficking cartels in Peru, Ecuador and Colombia.
According to Italian authorities, Imperiale was living high on the hog in Dubai and spending €400,000 a month to maintain his lavish lifestyle.
In 2016, two Van Gogh paintings stolen from the Van Gogh Museum in Amsterdam in 2002 were recovered in a villa in Castellammare di Stabia, his hometown near Naples, owned by him.
DEA documents sent to Dutch police exposed an alleged super drug cartel headed by Imperiale, Ridouan Taghi (former Dutch most wanted criminal, now in jail), Daniel Kinahan (Irish reputed gang boss) and Edin Gačanin (Bosnian drug trafficker).
The group was observed by the DEA having meetings in the Burj Al Arab hotel in Dubai, the base of the alleged cartel in 2017. The DEA regards this as one of the world's fifty largest drug cartels, with a virtually monopoly on Peruvian cocaine and controlling around a third of the cocaine trade in Europe.
(ANSA).