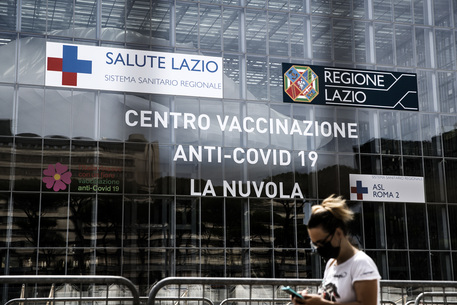 (ANSA) - ROME, AUG 3 - Anti-terrorism prosecutors are set to investigate last weekend's hacker attack on the Lazio region's IT systems.
Among other things, the region's COVID-19 vaccination campaign has been hit by the attack, which was launched on Sunday from abroad, sources said.
The attack has stopped bookings for jabs.
Regional Health Chief Alessio D'Amato said Tuesday that vaccine bookings should resume "within 72 hours".
Lazio Governor Nicola Zingaretti said Monday that the region that Rome belongs to was the victim of a "terrorist" hacker attack on its IT systems.
"At the moment we are defending our community from these attacks of a terrorist nature," Zingaretti told a press conference.
"Lazio is the victim of a criminal offensive, the most serious that has ever occurred on the (Italian) national territory.
"The attacks are still taking place. The situation is very serious".
D'Amato said the attack would not stop people being issued with the Green Pass vaccine passport after jabs.
Interior Minister Luciana Lamorgese is set to report to parliamentary security committee COPASIR on this case on Tuesday. (ANSA).