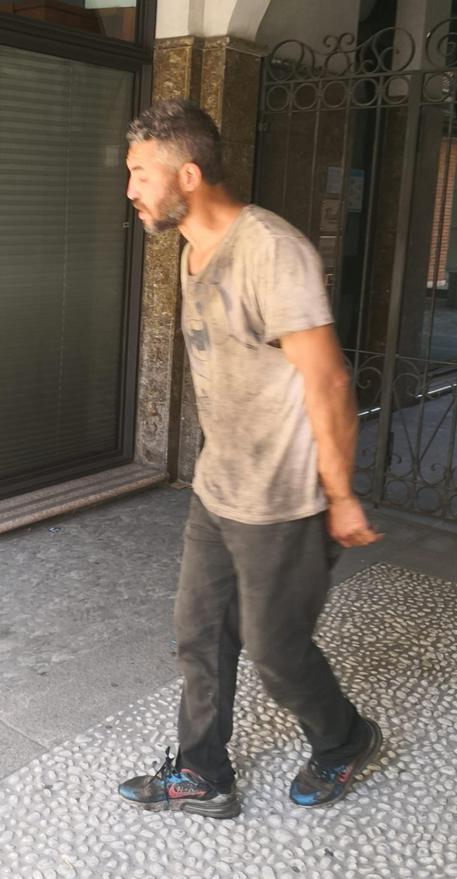 (ANSA) - ROME, JUL 22 - A 39-year-old Moroccan immigrant shot dead by a rightwing League councillor in the northern town of Voghera Wednesday punched the official in a scuffle before the fatal shot, a video released Thursday shows.
The CCTV footage shows the official, Massimo Adriatici, falling to the ground but not the moment when the shot was fired, sources who saw it said.
The incident has ignited a row in Italy about legitimate self-defence.
The victim's sister has demanded justice for her late brother.
"Does justice exist in Italy?" demanded the sister of Youns El Boussettaoui, an unemployed illegal immigrant with a record of being drunk and disorderly who was shot while bothering people outside a Voghera bar in what League security councillor Adriatici said was an accident after he was allegedly pushed to the ground.
Adriatici, a 37-year-old lawyer, is under investigation under house arrest for excessive self-defence.
The League has said he legitimately defended himself from El Boussettaoui in a scuffle outside the bar.
The Moroccan man, who had several deportation orders pending, leaves two children.
His sister said her brother, who was unarmed, "only needed to be helped".
She went on: "The killer is at home, having a nice restful sleep. Where is justice in this Italy? Or are we in a forest?" The League's opponents have denounced what they have called "Wild West and DIY justice".
League leader Matteo Salvini, who is known for tough stances on migrants, has defended Adriatici to the hilt while acknowledging that it is up to the police to determine whether he fired deliberately or not.
The victim's lawyer said he "he should have got treatment, instead of being shot".
Former policeman Adriatici was patrolling Voghera on the first night of an alcohol ban he introduced to stop drink-fuelled rowdy street night life called the 'mala movida'.
The victim's sister spoke again outside the bar on Thursday saying "My daughter asked me: 'how did that shot get fired?' If a little girl understands, how can the magistrates not understand? "He was my brother. Just think if they had killed your brother." Her husband added: "We want justice...justice for all". (ANSA).