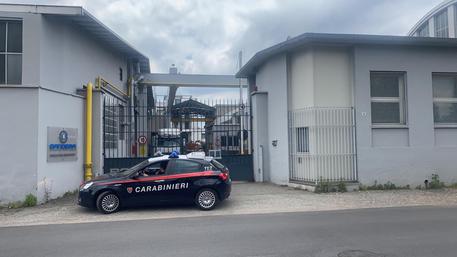 (ANSA) - BERGAMO, MAY 6 - A 46-year-old worker was crushed to death near Bergamo Thursday in the third workplace accident in Italy this week, further raising calls to increase safety at work.
The man died after a load fell on him at Pagazzano.
Emergency teams rushed to the scene but were unable to do anything for him.
An autopsy has been ordered.
A 49-year-old factory worker was crushed to death by a huge industrial lathe Wednesday in a factory in Busto Arsizio north of Milan as Italy confronts a rash of workplace deaths after a 22-year-old mother of a five-year-old boy endured a similar fate in a factory near Prato in Tuscany on Monday.
The man,Cristian Martinelli, was rushed to hospital in critical condition but doctors were unable to save his life.
Martinelli's wife Sara said he had been complaining that were not enough workers in his section of the plant.
Prosecutors in Prato have put two people under investigation in relation to the death of the 22-year-old Italian mother in the factory accident on Monday.
The factory owner and the maintenance chief have been placed under investigation for allegedly removing the protective screen around the machine she was killed by, judicial sources said.
Luana D'Orazio was snagged by the gears of a textile machine and crushed to death at a plant at Oste di Montemurlo near Prato. An autopsy on her body will be carried out on Saturday in a Pistoia hospital, while her funeral will take place near Pistoia on Tuesday.
Plant owner Luana Coppini said Wednesday they would help Luana's son. The boy's grandmother said she had told him her mother was not coming back.
The case, and others like it, have spurred calls for moves to raise workplace safety. Maurizio Landini, leader of Italy's biggest and most leftwing trade union federation CGIL, said Wednesday: "one worker a day is dying; they have to do something about it".
Florence's centre-left Mayor Dario Nardella said "there was not a single worker who died at the building site for the cupola of the Florence Duomo. We're talking about 700 years ago, and Italy today is the Middle Ages of Europe if you look at workplace deaths. It's no longer tolerable, this situation. They must intervene in a concrete and systematic way, especially in certain sectors like the textile sector, where we're stuck at 50 years ago". (ANSA).