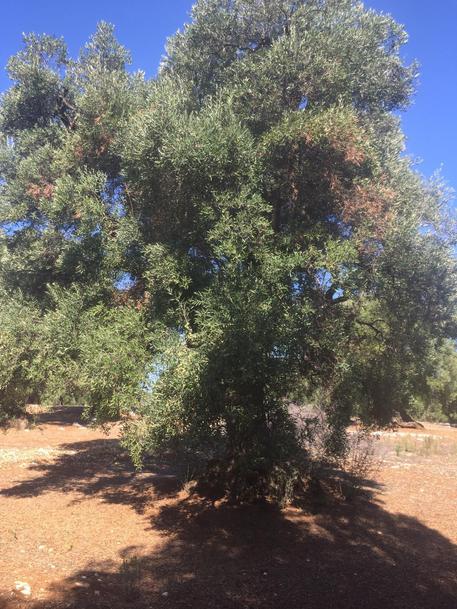 (ANSA) - BRUXELLES, 26 APR - The Xylella fastidiosa plant pathogen has been in Europe since the 1990s, research has found.
The pathogen was officially detected for the first time in the EU in 2013, in Puglia, where it has been killing olive trees.
But studies conducted by Xf-Actors Project scientists found that a variant was already in the Balearic Islands, Spain, decades before. Genome sequences suggest that Xylella fastidiosa arrived in Italy, Spain and France from the Americas on several different occasions.
In the Balearic Islands, the strain called 'multiplex' was already damaging almond trees in 1993, but its symptoms were mistaken for other diseases or drought stress.
Xf-Actors is the first EU-funded research project entirely devoted to Xylella fastidiosa and it has brought together more than 100 scientists from 29 partner organizations in 14 countries worldwide. The final teleconference on the project will take place from Monday until 28 April.
The 3rd European Conference on Xylella fastidiosa, organized by the European Food Safety Authority (EFSA), will follow on 29 and 30 April.
During the week, more than 900 participants from over 60 countries will take stock of six years of EU-funded research on Xylella fastidiosa. (ANSA).