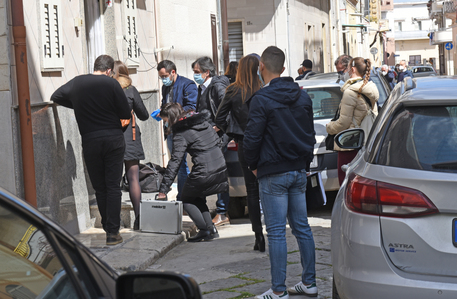 (ANSA) - FOGGIA, APR 15 - An 81-year-old woman was found dead in the bedroom of her home at Cerignola near Foggia in Puglia Thursday with a single gunshot wound to the head, and her 83-year-old husband was found seriously injured by a self-inflicted head shot at the foot of the bed.
Police said the case looked like a murder-suicide which had only partly succeeded.
Police found in the bedroom a pistol which the man had a license for.
The man was taken to hospital in serious condition.
The couple were found by their son who called the police.
An autopsy has been ordered. (ANSA).