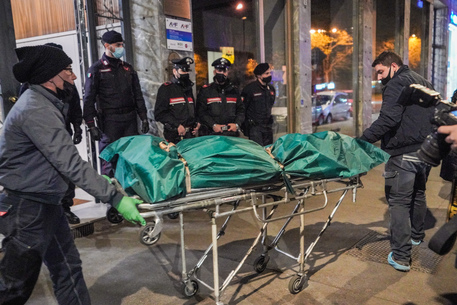 (ANSA) - TURIN, APR 8 - A 50-year-old criminal from Catania in Sicily has confessed to stabbing a 91-year-old Turin man to death in the man's home in the northern Italian city on Wednesday, police said Thursday.
The murderer, Salvatore Strano, was among the many street people the victim, Vincenzo Rossi, helped out and invited to his home, police said.
The murder came at the end of a row over petty issues, police said.
Rossi regularly took in homeless from their bivouacs near the Porta Nuova station and fed them, police said.
Police said blood found on Strano matched Rossi's.
Rossi had been engaged in charitable acts for many years, police said. (ANSA).