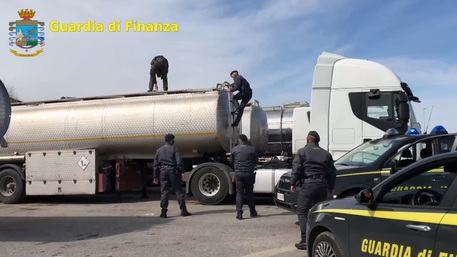 (ANSA) - CATANZARO, APR 8 - Italian police on Thursday seized around one billion euros in assets in an operation against the Calabria-based 'Ndrangheta mafia.
In the op, some 70 people were arrested for mafia association, money laundering and tax fraud on petroleum products.
Among the assets seized are plants owned by the Made Petrol Italia Srl company, formerly known as Max Petroli.
Anna Bettozzi, widow of oilman Sergio Di Cesare, was among those arrested.
She was said to be running the new company, police said.
The seized assets included property, companies and cash.
Police said 'Ndrangheta clans wanted to seal a deal to import gas and oil from Kazakhstan with the biggest Kazakh oil company, KMG. (ANSA).