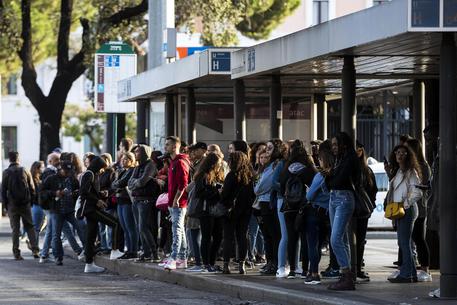 (ANSA) - ROME, JAN 25 - Seven out of 10 Italians miss their pre-COVID routines, a survey by the Doxa research agency said Monday.
The actual number is a bit higher, in fact, at 75%, or three quarters of Italians who say they would like to go back to their previous lives.
More than eight out of 10, or 85%, say they have found it hard to adjust to living with COVID and its attendant restrictions.
Before COVID, daily routines were generally viewed as a drag with 35% of Italians saying in 2013 that would immediately change their lives if they could.
But now, at a time of lockdowns of varying severity, the old routine is a source of strong nostalgia, Doxa said.
The findings emerged in the report "The Routine of Italians In a Time of Pandemic", compiled by Doxa for UN refugee agency UNHCR which on Monday launched its campaign "Fantastic Routine".
The report also found that the vast majority of respondents, 90%, said they would appreciate the little things in life a lot more once the pandemic is over.
Some 20% also said they would no longer get caught up in the frenzy of working life but would devote more time to their loved ones and the "really important things in life".
A further 6% said they would devote more of their time to more vulnerable people. (ANSA).