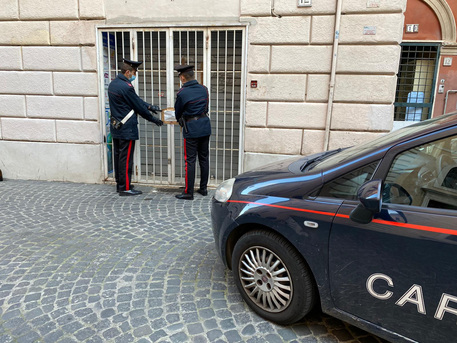 (ANSA) - REGGIO CALABRIA, 27 NOV - A businessmen from Palmi in Calabria was placed under investigation Friday on suspicion of planning to launder some 136 billion euros for Italy's three main mafias, 'Ndrangheta in Calabria, Cosa Nostra in Sicily and the Camorra in Campania.
The man, Roberto Recordare, was believed to have been the brains of a vast money laundering scheme on behalf of the three mafias, police said.
Some 36 billion of the Mob cash was already ready, police said.
Recordare managed a 500 billion euro fund, according to prosecutor papers ANSA has seen.
The businessman is believed to have been a "confidential subject reserved by 'Ndrangheta" who also worked for the other two mafias.
Recordare was caught on phone taps threatening the life of Reggio Calabria prosecutor Giulia Pantano with reference to a possible bomb attack.
He was also caught talking about his interests in Malta.
Referring to the car bomb that killed Maltese journalist Daphne Caruana Galizia, he laughed, saying "they were still picking up the pieces of her in Malta". (ANSA).