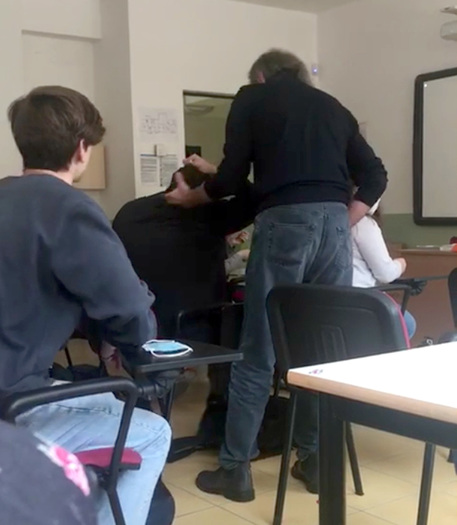 (ANSA) - NAPLES, OCT 8 - A video of a teacher slapping a pupil who allegedly refused to wear a face mask has gone viral in Italy.
The incident happened at an artistic high school at Teggiano near Salerno.
"You're in the wrong, and I'm in the wrong too," the teacher is heard to say before striking the 15-year-old boy.
The teacher has not been reported but police have examined the video, judicial sources said.
The slap was filmed by another student on his smartphone.
The teacher pulled and shoved the pupil after slapping him, pulling his hair, according to the video.
The boy did not suffer injuries.
Staff and the student body condemned the teacher.
Police said the man could be placed under investigation for abuse of means of correction. (ANSA).