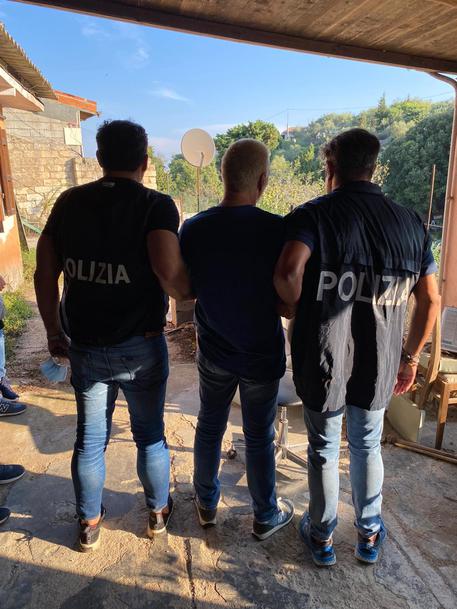 (ANSA) - ROME, SEP 15 - Italian police on Tuesday recaptured Giuseppe Mastini, a convicted three-time murderer who fled captivity earlier this month.
The 60-year-old, who is nicknamed Johnny lo Zingaro (Johnny the Gypsy) for his Sinti roots, had made his third .jailbreak on September 6 when he failed to return from a day's furlough for good behaviour from Sassari prison on Sardinia.
He was tracked down in a farmhouse in countryside in the province of Sassari.
The police found him alone and unarmed and he did not put up resistance.
"I escaped for love," Mastini told police and prison guards after being recaptured, sources said.
"You always escape for love".
Justice Minister Alfonso Bonafede thanked the State and penitentiary police for having tracked down the fugitive via Twitter.
Mastini was moved to Sassari's high-security jail after escaping from a prison near Savona in July 2017.
Mastini, who was also briefly probed for the 1975 murder of filmmaker and writer Pier Paolo Pasolini, has had a film and a song made about him.
He first went to jail while a young man after killing a tram driver and escaped twice, first from Casal del Marmo jail, and then from prison island of Pianosa.
In summer 1983 he was arrested again, after a shoot-out with police.
Four years later he obtained a furlough for good behaviour and during that furlough, in February 1987, went on a bloody trail of crimes that ended up with the arrest of his girlfriend Zaira Pochetti, who died a few years later after a long illness.
Towards the end of the manhunt, Mastini stole several cars, robbed petrol stations, kidnapped a girl, Silvia Leonardi, and shot at police killing a guard, Michele Giraldi, and wounding a Carabinieri brigadier, Bruno Nolfi.
He gave himself up in the countryside near Mentana outside Rome, surrounded by police.
Sentenced to life in 1989, he was in Fossano jail near Savona for several years.
Pasolini was killed on November 2, 1975 by a rent boy who subsequently reversed his confession and said others had been involved.
The murder remains a mystery. (ANSA).