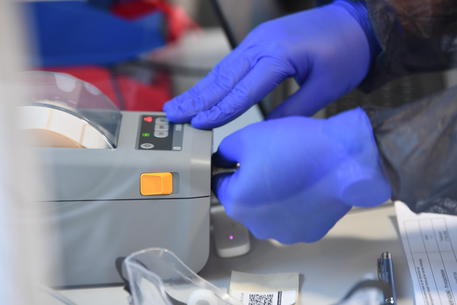 (ANSA) - ROME, 27 AGO - New coronavirus cases have almost doubled in the last week, the Gimbe Foundation said Thursday.
The weekly rise, of 3,139, amounts to a 92.4% increase, it said.
The number of hospitalised patients with symptoms was 215 up and the number of those in intensive care up eight.
The number of currently positive has risen to 19,714, 91.8% of whom are concentrated in 11 regions: 29.4% in Lombardy, 33,4% in Lazio, Emilia-Romagna and Veneto, and a further 29% in Campania, Piedmont, Tuscany, Sicily, Puglia, Sardinia and Liguria.
In just over a month the weekly gain in cases rose from 1,408 to 6,538, with an increase in the positives/cases ratio from 0.8% to 2.1%.
The data emerged from Gimbe's analysis of the week of August 19-25, compared to the previous week.
Broad regional discrepancies were confirmed, it said.
Only four regions showed a fall in cases, and then only slight (-5).
In the other 14 regions and two autonomous provinces there was an overall rise of 3,194, ranging from 677 in Lazio to four in Val d'Aosta.
Basilicata was stable.
"In just seven days," said Gimbe Foundation President Nino Cartabellotta, "we have almost doubled the number of new cases, not only due to a rise in testing, but also due to an increase in the positives/tested case ratio".
He added: "furthermore, the growing trend of patients hospitalized with symptoms has been confirmed, and, to a lesser degree, those in intensive care".
He said "the situation is not comparable with that at the start of the pandemic but we must keep our guard high". (ANSA).