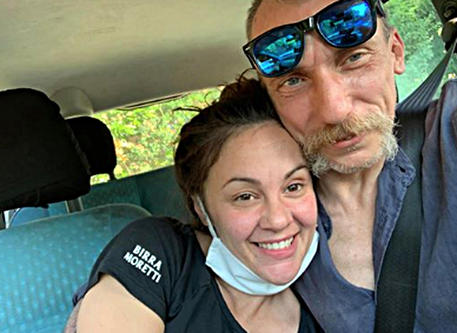 (ANSA) - MILANO, 24 AGO - Police on Monday found traces of blood at a flat in Crema where they think a 45-year-old man killed a 39-year-old female friend on the night of Ferragosto.
They said they had found traces of what they thought was Sabrina Beccalli's blood, mostly on the doorstep and some in the bathroom.
Both areas of the flat had been washed.
Alessandro Pasini has reportedly admitted making advances to Beccalli but has claimed she died of a drugs overdose.
Pasini reportedly told police Friday Beccalli's body was in an irrigation ditch outside the Lombardy town.
But at the weekend he said she had been inside her car, which he had torched.
Pasini is being held on suspicion of murder and illegally disposing of a body.
He was driving the woman's Fiat Panda, which was found burned out, police said.
Beccalli, from Vergonzana, was separated and had a 15-year-old son. (ANSA).