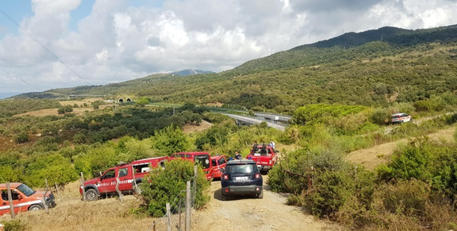 (ANSA) - ROME, 12 AGO - Rescue workers on Wednesday were continuing for the ninth consecutive day a huge search for the missing four-year-old son of a woman who was found dead in countryside in Sicily at the weekend.
The boy went missing in mysterious circumstances on August 3 along with his mother, Viviana Parisi, a 43-year-old DJ, after she had a minor road accident.
Her body was found near the Sicilian town of Caronia.
Investigators are not even sure that the boy, whose name is Gioele, was with his mother when she disappeared.
An autopsy in Parisi's body failed to establish the cause of death, sources said.
A lawyer representing her family on Wednesday appealed to "those who saw something to come forward and speak".
On Tuesday, investigators made a similar appeal, targetting two people who reportedly told local people that they had seen a woman and a child climb over a highway guard rail.
"They did a good thing in stopping to see if anyone needed help," said Angelo Cavallo, the prosecutor of the town of Patti..
"They should now talk to us because we don't know who they are.
"It is strange that, despite all the media attention this case has attracted, they have not yet come forward or contacted us.
"This testimony is important to clarify, once and for all, whether Gioele was with his mother or not".
Investigators have opened a probe into alleged murder and abduction.
There are no suspects so far. (ANSA).