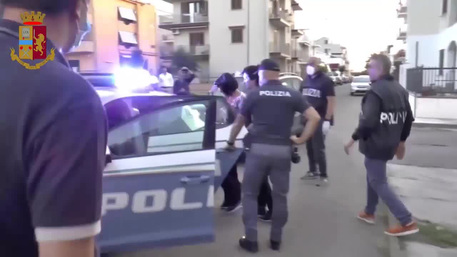 (ANSA) - NAPLES, JUL 13 - The headless body of an 82-year-old man was found near an abandoned farm building at Pozzuoli near Naples Sunday night, police said Monday.
The body was in an advanced state of decomposition, police said.
The head was found a few metres away.
The man was named only by his initials, A.A..
Police said he would have turned 83 on August 30.
They found ID documents on the body.
The corpse and the head were impounded by police.
Police said the man was a vagrant who lived in the abandoned and ruined building.
An autopsy has been ordered. (ANSA).