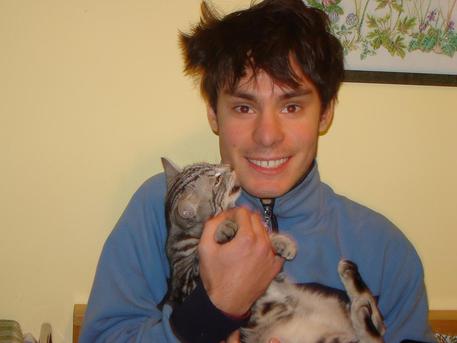 (ANSA) - ROME, JUL 3 - Foreign Minister Luigi Di Maio on Friday said it was "important" to have an ambassador in Cairo despite a call from the family of Giulio Regeni, an Italian student tortured and murdered there in 2016, to recall the envoy after the umpteenth rejection of Italian demands to hand over suspects.
Rome prosecutors have named 10 members of Egypt's security apparatus in Regeni's death.
"It's important to have an ambassador in Cairo, we understand the pain of the Regeni family, but as a man of State I say we are doing our utmost," said Di Maio.
"And the search for the truth is a clear objective we have in front of us".
Di Maio said the Italian foreign ministry had asked the Egyptian ambassador for "further inquiries".
He noted that Egyptian prosecutors had promised to up cooperation with their Italian counterparts and said "we hope deeds follow words".
Foreign Undersecretary Manlio Di Stefano said Thursday that withdrawing Italy's ambassador from Cairo will not solve the case.
Also Thursday, Rome prosecutors said they were investigating another five Egyptian intelligence officers in addition to the five placed under investigation in December 2018.
Regeni's parents urged the government to pull the envoy after a videoconference between Cairo and Rome prosecutors on Wednesday again failed to register any progress on Italy's request to hand over the first five Egyptian security service officers.
Claudio and Paola Regeni described the latest summit as a flop and said the ambassador should be withdrawn and a planned sale of two frigates to Cairo stopped.
Di Stefano said Thursday: "I don't think that withdrawing the ambassador is a solution.
"If you pull the envoy you effectively stop dialogue, but we need to dialogue because we must have the truth on Regeni.
"Pressure can be exerted in a thousand ways, certainly not by withdrawing the ambassador...an ambassador means something, it isn't a pawn for blackmail".
The five new members of the Egyptian National Security Agency have been placed under investigation after their names emerged from phone transcripts supplied by Egyptian authorities several months ago, sources at the Rome prosecutor's office said Thursday.
Rome prosecutors said Wednesday that Egypt's chief prosecutor was still only mulling a response to their requests to quiz the first five intelligence service officers over the Regeni case.
Rome prosecutors had a videoconference on the case on Wednesday, after which chief prosecutor Michele Prestipino said their requests focused among other things on "the choice of domicile on the part of those probed, and on the presence and statements made by one of those probed in Kenya in August 2017", when he allegedly referred to the case.
Regeni's parents said the strategy of "cosying up" to Egypt and, among other things, offering arms sales (the two frigates) had been shown to have "failed". They called for the ambassador to Cairo to be recalled.
Wednesday's videoconference had "clearly failed," said Paola and Claudio Regeni.
The Rome prosecutors have named major Magdi Ibrahim Abdel al-Sharif, captain Osan Helmy, and three other members of the Egyptian National Security Agency as being suspected of having had a hand in Regeni's death.
Last month Italian Foreign Minister Luigi Di Maio wrote to his Egyptian counterpart reiterating Italy's demand for the truth about Regeni's death.
Cambridge doctoral researcher Regeni, 28, was found dead on February 3 2016 a week after disappearing on the Cairo metro.
He had been tortured so badly that his mother said she only recognised him by the tip of his nose.
Rome prosecutors placed the five members of Egypt's security apparatus under investigation for the murder, sparking Cairo to stop significant cooperation in the probe into the Friuli-born researcher's death.
At various times Egypt has advanced various explanations for his death including a car accident, a gay lovers' tiff and abduction and murder by an alleged kidnapping gang that was wiped out after Regeni's documents were planted in their lair.
Regeni was researching Cairo street sellers unions for the British university, a politically sensitive subject. The head of the street hawkers union had fingered Regeni as a spy.
Rome recently drew condemnation from Regeni's parents by announcing the sale of the two frigates to Egypt.
Premier Giuseppe Conte said the deal was on a separate level from cooperation on the Regeni case. (ANSA).