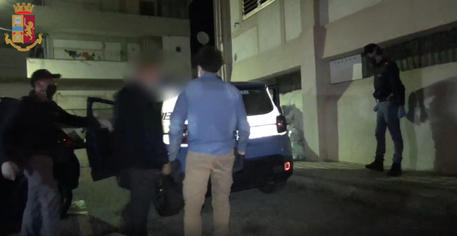 (ANSA) - Rome, May 28 - Italian police on Thursday carried out dozens of arrests across Italy against a "criminal cartel" composed of businessmen and public officials that allegedly rigged contracts in favour of the Calabria-based 'Ndrangheta mafia. The probe targeted "the business and entrepreneurial profiles" of the Piromallis, a clan operating in the Piana di Gioia Tauro. Finance guards also seized assets and companies worth some 103 million euros.
Some 500 finance guards sprang into action in Calabria, in the provinces of Reggio Calabria, Catanzaro, Cosenza and Vibo Valentia, in Sicily between Messina, Palermo, Trapani and Agrigento, in Campania - at Benevento and Avellino - in Milan and Brescia in Lombardy, as well as in Alessandria, Gorizia, Pisa, Bologna and Rome.
'Operation Waterfront' netted functionaries of the motorway maintenance group ANAS and municipal technicians, who were among those who steered contracts worth over 100 million euros into the hands of the Piromallis.
An MP for the opposition League party, Domenico Furgiuele, was placed under investigation for suspected complicity in bid rigging in the probe.
'Ndrangheta is Italy's richest and most powerful mafia, controlling the European cocaine trade.