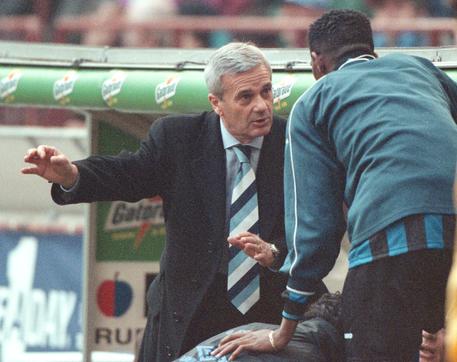 (ANSA) - Rome, May 22 - Former soccer coach Gigi Simoni, whose teams included the Inter Milan side that boasted Ronaldo, has died at the age of 81, his family said on Friday.
A statement said he died in hospital in Pisa at around midday. He had been seriously ill since a bad turn last year. Simoni, a highly respect figure and one of the game's gentlemen, led Inter to the UEFA Cup in 1998, the first title during the ownership of former chairman Massimo Moratti, and a second-placed finish in Serie A, behind Juventus, in a campaign hit by controversy over refereeing decisions.
He was also a specialist at taking clubs up to the top flight, earning promotions for Pisa, Brescia, Cremonese and Ancona.
"He was one of the stars of Inter's history," Moratti told ANSA.
"He won a important European Cup and he was prevented from winning a league title that he deserved.
"He was a gentleman coach and I felt great esteem and affection for him.
"The call I had from his wife telling me that he was dead caused me immense pain".