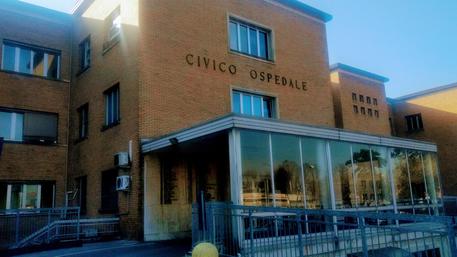 (ANSA) - Rome, February 21 - The first six people have been infected with the coronavirus in Italy, all in Lombardy, regional health councillor Giulio Gallera said Friday.
Gallera urged people to stay at home and avoid social contact.
The first case is a man, 38, who is believed to have got the virus after dining with a friend who had come back from China.
The other two initially infected people are the 38-year-old's wife, a pregnant teacher, who has also been admitted to the Codogno hospital, and a third person who went to hospital suffering symptoms of pneumonia after having had contact with the 38-year-old.
The teacher had not been in contact with children.
The 38-year-old man has been admitted to the intensive care ward of a hospital at Codogno near Lodi in northern Italy.
He is said to be in a very serious condition, with respiratory insufficiency.
Doctors said they are reserving judgement on his prognosis.
The man went to the emergency room of the hospital on Thursday.
Police have reconstructed his movements over the last four days, when he went running and to work, played football and too part in three dinners.
The man works for a multinational based in Casalpusterlengo.
The police are also trying to reconstruct what his wife did, and whom she met, over the last few days.
She is believed to have had fewer contacts than him.
The friend with whom he dined, meanwhile, has been taken to Milan's Sacco Hospital.
He is in isolation there. Gallera, the regional health councillor, said he was "well".
The man's family members have been placed in isolation, sources said.
Health Minister Roberto Speranza ordered obligatory quarantine for the 60 people who have been in contact with the man.
Speranza travelled to Lombardy.
Premier Giuseppe Conte also stressed that quarantine had been ordered as a necessary precaution and said "we are keeping the precautionary line high".
He warned against "social alarmism and panic".
Lombardy welfare councilor Giulio Gallera urged all residents of Codogno and nearby Castiglione d'Adda to stay at home as a precautionary measure and avoid all social contact.
The local health agency in Piacenza, near where the friend who got back from China works at Fiorenzuola d'Arda, ordered checks on local employees of the same company.
The mayor of Fiorenzuola ordered tests on the employees at the friend's factory.
The factory, which makes equipment for making synthetic fibres and polymers for construction, has been closed Friday as a precaution. Authorities are weighing the use of military facilities for quarantine purposes.
In Lodi the first masks were being distributed amid coronavirus fears.
World Health Organization official Walter Ricciardi said the case of an infection in Italy had been forecast for months and now "sangfroid" was needed.
Meanwhile the first 20 of 55 Italians who returned from Wuhan February 3 have now left quarantine at the Cecchignola military complex outside Rome.
There have been the first two deaths and 13 new infections, making a total of 634, on the Diamond Princess cruise ship off Japan.
Some 30 of 35 Italians on board the ship are returning to Rome on a military plane along with 27 Europeans.
The other five, crew and the captain, have stayed on board.