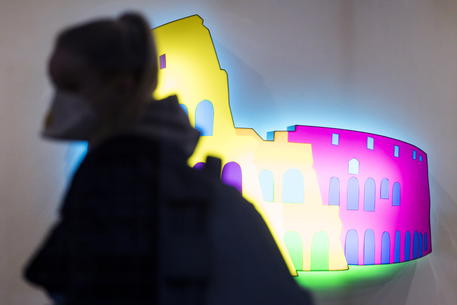 (ANSA) - Rome, January 31 - Two cases of the new coronavirus have been found in Rome, a couple of Chinese tourists at a central Rome hotel.
The couple arrived in Milan from Wuhan, the city at the centre of the outbreak, on January 23.
They also stopped in Parma.
The couple have been admitted to Rome's Spallanzani Hospital, which specialises in infectious diseases.
Their room at the Palatino Hotel has been cordoned off by health operators.
There is also a suspected case in the Veneto region, a minor from the Treviso area who recently got back from a trip to China.
Premier Giuseppe Conte has announced that all flights to and from China will stop.
He is set to announce a state of emergency.
Some 68 Italians in Wuhan are set to airlifted back to Italy at the weekend.
They will be held at the Cecchignola military base at the outskirts of Rome for a 14-day 'light quarantine'.
Meanwhile at the port of Civitavecchia over 11,00 passangers on board the Costa Smeralda cruise ship are disembarking after being held on the ship for a day because of a coronovirus scare involving a Macao woman.
The death toll from the outbreak is now 213 in China and the number of confirmed cases of infection has risen to at least 9,700.