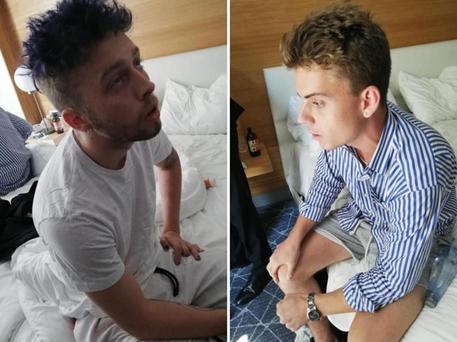 (ANSA) - Rome, November 21 - A trial date of February 26 has been set for the start of a trial against Finnigan Lee Elder, 19, and Christian Gabriel Natale Hjort, 18, the Americans accused of killing Carabiniere police officer Mario Cerciello on July 26 in Rome.
The preliminary investigative judge in the case accepted the Rome prosecutor's request for an 'immediate' trial, which omits a preliminary-hearings stage.
The defendants are also charged with attempted extortion, resisting arrest, and assault.
Police said Elder has confessed to stabbing Cerciello Rega while his friend Natale-Hjorth assaulted the slain officer's partner at the end of a chain of events sparked by a drugs deal that went wrong.
An autopsy on the body of Cerciello Rega showed that the stab wounds were inflicted with great violence, causing deep gashes on both sides of the officer, in some cases reaching as far as the stomach from the flanks, sources said.
He was stabbed 11 times by a large knife.
Elder and Natale-Hjorth are being held at Rome's Regina Coeli prison.