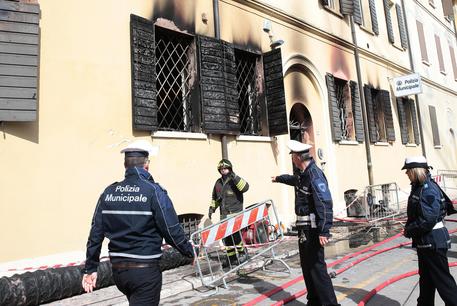 (ANSA) - Modena, May 21 - Two people are dead, two others are seriously injured and 16 people suffered smoke inhalation after a fire at local police station near Modena overnight led to an explosion at a flat in the same building, sources said on Tuesday. The deceased are an 84-year-old woman and her 74-year-old carer. The initial fire is suspected to have been caused by arson and a young person from Morocco has been detained, according to the sources.
"Young North African immigrant arrested for the blaze that devastated the office of the local police in Mirandola," Deputy Premier and Interior Minister Matteo Salvini said via Twitter.
"Two dead, dozens were injured and suffered smoke inhalation.
"Forget about opening the ports (to migrant-rescue ships).
Eliminating illegal immigration in Europe and Italy is a moral duty: they must all GO HOME!".