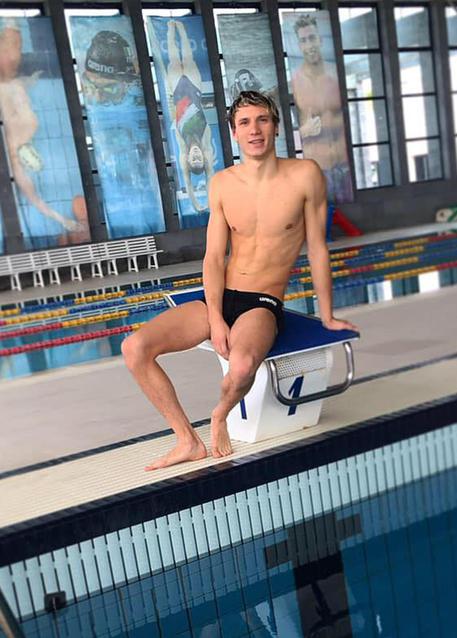 (ANSA) - Rome, February 5 - Manuel Bortuzzo, a 20-year-old who was shot in front of a nightclub on Saturday night, will not walk again, a doctor at Rome's San Camillo Hospital said on Tuesday. Bortuzzo, a promising swimmer, underwent a double surgery on Sunday to stop a thoracic hemorrhage and to remove the bullet that had lodged in his spine.
Police said the young man was an innocent bystander who was hit when one or more suspects on a scooter fired shots following a fight at the Qube nightclub in the Axa neighbourhood on the southern outskirts of Rome "It is not possible to regain movement of the legs with the current level of medical knowledge," said Professor Alberto Delitala, the director of the hospital's neuroscience department.
photo: Manuel Bortuzzo in an image taken from his Facebook profile.