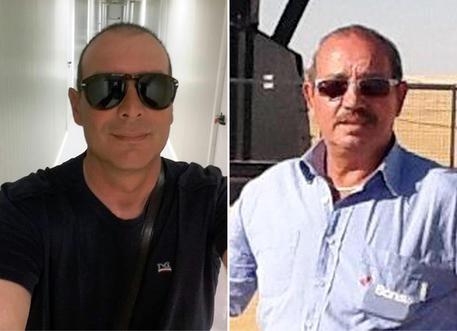 (ANSA) - Rome, January 22 - A Rome judge on Tuesday found the heads of the Parma-based Bonatti oil engineering company guilty in the 2015 kidnapping of four technicians in Libya, two of whom later died in a shoot-out.
The preliminary hearings judge also approved a plea bargain by Bonatti's former Libya chief.
The judge sentenced Bonatti Chairman Paolo Ghirelli and directors Dino Martinazzoli and Paolo Cardano to a suspended jail term of one year and 10 months each.
Another director, Giovanni Di Vicenzo, was indicted while former Libya head Dennis Morson's request for a plea bargain of one year and 10 months was accepted.
All five men were accused of culpable complicity in culpable crimes.
Last March three Libyan ISIS militants were arrested in Libya for kidnapping the four Bonatti workers, and confessed.
Fausto Piano, Salvatore Failla, Filippo Calcagno and Gino Pollicardo were kidnapped in Sabratha on July 19 2015.
Piano and Failla died on March 3 2016 during a firefight while they were being moved by their captors.
Calcagno and Pollicardo were freed.
"I knew we were in the hands of ISIS," said Pollicardo after the three arrests.
"The network (of kidnappers) is probably wider," he said.
The three are accused of kidnapping with a terrorist aim aggravated by the deaths of two hostages.
The three are already in jail in Tripoli on other charges.
They are Youssef Aldauody, the driver of the vehicle carrying the Italians when they were abducted, and Ahmed Dhawadi and Ahmad Elsharo.
They have reportedly confessed that the four were taken hostage to get a ransom to fund the terror group.
The trio confirmed that no ransom was paid for the Italians.
Another 10 people allegedly took part in the abductions, all of whom died in the firefight.
Bonatti are an oil and gas international general contractor with 70 years of experience in the service of the oil and gas and power industries, according to their website.
photo: Failla (L) and Piano, the two Bonatti workers killed