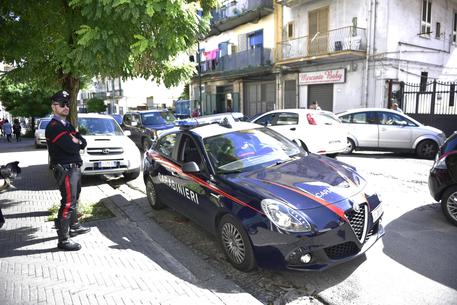 (ANSA) - Pisa, October 25 - A 52-year-old Italian businessman who went missing last month and was found in an Edinburgh hospital has been charged with violating his family assistance obligations as concerns his three children under age 18.
Salvatore Mannino went missing from Lajatico near Pisa on September 19 and was found apparently after losing his memory the next day in Scotland. He was identified by police only a few days ago but had been admitted to Edinburgh general hospital after being found "in a confused state" in the Scottish capital's St Giles Cathedral.
No ID documents were found with him. On Tuesday evening Mannino, who now does not speak Italian and only elementary English, was interrogated at length by carabinieri. After five hours that did not convince investigators, the prosecutor's office put him under investigation.
Investigators found searches on his laptop of how to disappear without a trace.
Mannino's story has not convinced his relatives or wife, either, who is co-signatory of her husband's bank accounts - which he had tried to close and move the money to other accounts under her name only. The businessman has not yet spoken about what happened to him and how he got to Scotland and continues to speak to his wife and doctors in English, saying that he doesn't remember anything.
He seems to show no emotion towards his wife or eldest son, the only one to visit him in these days. Mannino continues to be hospitalized in the psychiatric ward of a Pisa hospital. The doctors have not yet diagnosed his condition and determined whether he is simply pretending or whether he is suffering from some sort of pathology that led to this amnesia. His relatives and investigators believe that the man is putting on an act and that he understands Italian perfectly well. He seems to be embarrassed as the days pass but continues to refuse to explain why he left or his lengthy stay in an Edinburgh hospital without giving any clues to the Scottish authorities.