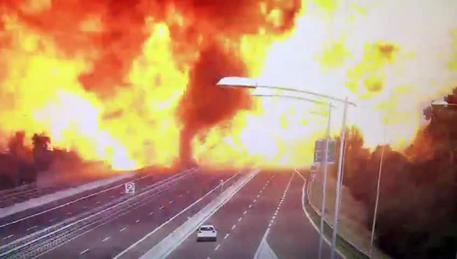 (ANSA) - Bologna, August 7 - The Bologna health authority said Tuesday that 145 people were injured in Monday's fatal accident on a highway in the city.
The authority said four of those people were seriously hurt and are being treated burns centres in Cesena and Parma, adding that none were in a life-threatening condition. Another 18 people were admitted to Bologna's Maggiore hospital were less serious injuries.
The accident claimed the life of the driver of the truck carrying liquid petroleum gas that crashed into a lorry in front of it, causing an explosion an a huge fire.