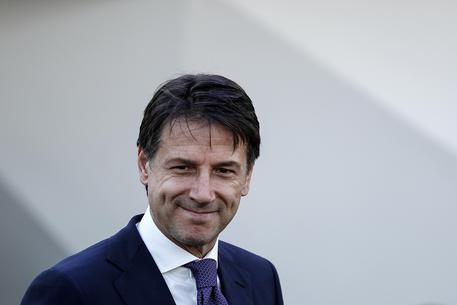 (ANSA) - Rome, July 19 - A European Union crisis cell on migrants is needed, Premier Giuseppe Conte said in a letter to European Union authorities this week.
Conte called for an EU "crisis cell" on migrants to be set up in the letter sent to European Commission President Jean-Claude Juncker and European Council President Donald Tusk on Tuesday, according to a copy obtained by ANSA.
"It is essential," he wrote, "that an EU mechanism of swift and shared management on the various aspects of search and rescue be adopted immediately via "a sort of crisis cell" tasked with "coordinating the action" of member States on finding landing ports and countries willing to take the rescued persons".
"It is my suggestion that such a mechanism be coordinated by the European Commission (by the Home DG, for example".
Conte called the new cell a "committee" in a long interview on the front page of the Il Fatto Quotidiano newspaper on Thursday.
"On Tuesday I wrote the second letter to Juncker and Tusk to ask that what happened Sunday", that is the divvying up of migrants, "should become the norm, no longer entrusted to phone calls among partners, but to a cabinet or crisis committee under the aegis of the European Commission, which will then be a mediator among the various governments", Conte said.
At the weekend Interior Minister Matteo Salvini blocked Italian ports to a wooden boat with 450 migrants aboard, prompting six EU countries to eventually say they would take some of them and allowing the Italian government to say "finally migrants have landed in Europe and not Italy" and Salvini to say "we're not Europe's migrant camp any more.
Italy's EU partners on Thursday voiced "strong concern" about Italy's stance on revising the Sophia mission's rules on migrant landings.
They said they were concerned by Rome's decision, announced at the COPS on Wednesday, to no longer accept the "automatic" landing of migrants in its ports of those saved by the Eunavfor Med's Sophia op.
The worries were expressed in the conclusions of the COPS meeting in Brussels.
The partners, however, said they were ready to go into the question in greater detail at a meeting Friday.
The COPS, whose English acronym is PSC, is the EU's Political and Security Committee.
It is a permanent body within the European Union dealing with Common Foreign and Security Policy issues, including Common Security and Defence Policy.
A spokesperson for the European Commission said Thursday "we will assess the consequences of the Italian request" on changing the Sophia groundrules on where to offload migrants.
"Italy has not yet formalised the request, so we'll see at tomorrow's meeting," the spokesperson said.