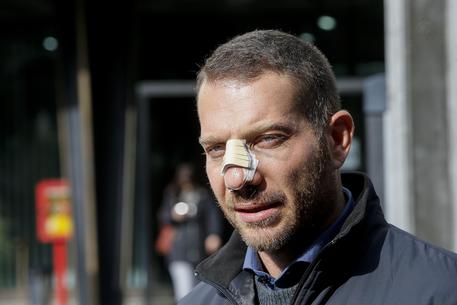 (ANSA) - Rome, June 18 - Ostia clan member Roberto Spada on Monday got a six-year jail term for a brutal attack in November on two members of a crew working for State broadcaster RAI in the Rome seaside district. The court recognized that the use of mafia methods was an aggravating factor in the assault. While being asked about the Spadas' alleged support for far-right group CasaPound, he head-butted and broke the nose of RAI reporter Daniele Piervincenzi and also attacked cameraman Edoardo Anselmi on November 7.
Anselmi suffered bruising on his back after being hit with a stick but still managed to get the footage that would lead to Monday's conviction.
Prosecutors had requested that Spada be handed a term of eight years, nine months.