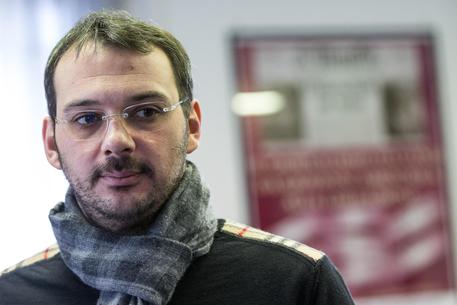 (ANSA) - Catania, April 10 - A Catania mafia clan was planning to kill journalist Paolo Borrometi to stop his probes into their affairs, a judge said Tuesday. Borrometi, director of the Spia.it website, was described as an "awkward journalist," preliminary investigations judge Giuliana Sammartino said in a warrant that led to the arrest of four people for a dynamite attack on the car of lawyer Adriana Quattropani.
The Cappello clan was planning to kill Borrometi at the request of Siracusa boss Salvatore Giuliano, Sammartino wrote in the ordinance.
Borrometi has been living under police escort since receiving mafia death threats.
Giuliano was caught on a police wiretap in January asking for Borrometi to be murdered, sources said.
In response, Capello clan linked businessman Giuseppe Vizzini was caught on another wiretap on February 20 saying in Sicilian dialect that the journalist "hasn't got long to live".
Vizzini was arrested for ordering a bomb to be put in the car of a bankruptcy judge who was about to impound a service area at Pachino near Catania.
Vizzini and boss Giuliano "shared a common criminal purpose," said the preliminary investigations judge.
The boss was jealous of his reputation and was caught on a wiretap saying "have him killed, what the f*** do you care?".