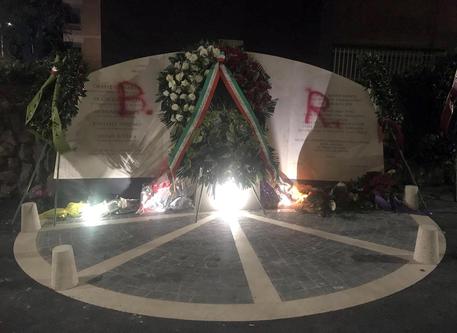 (ANSA) - Rome, March 22 - A new monument paying tribute to former premier Aldo Moro and his security detail, who were murdered by Red Brigades (BR) terrorists in 1978, has been vandalised by graffiti. The letters BR were scrawled in red on the monument in Rome's via Fani, where Moro was kidnapped and his five bodyguards were killed.
Moro, a former leader of the once-dominant Christian Democrat party, was slain by the left-wing terrorists 55 days later.
President Sergio Mattarella inaugurated the monument on Friday, the 40th anniversary of the day Moro was captured and his escort killed.