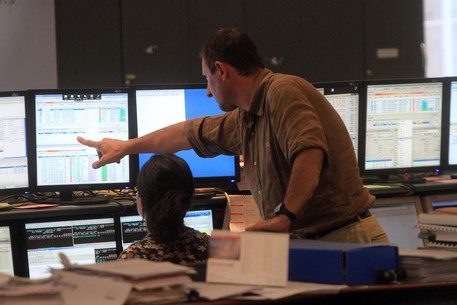 (ANSA) - Rome, March 22 - Some 40% of Italian workers say that they are so stressed by their job that they would like a new one.
The figure is the highest in Europe, according to the WorkForce Europe 2018 survey conducted by ADP on over 10,000 workers on the continent including 1,300 employees in Italy. Some 16% of Italian employees think that their company does not care in the least about their psychological and physical wellbeing. The percentage increases with the age of the employee: only 11% of workers between 25 and 34 said this, but the number rose to 21% for those over age 55. "The problems linked to stress and mental health are one of the main causes of employee absences and staff turnover," said Virginia Magliulo, general manager of the Italian branch of ADP.
"This means that supporting employees is not only the right thing to do, it is also a useful investment." While 44.8% of those between 25 and 34 would like to leave their current positions for less stressful jobs, this percentage falls to 25% for those over 55. Some 16% of Italians between 45 and 54 say they feel stressed everyday (13% of the total - 11.7% of men and 14.5% of women).
The region with the highest level of the "super-stressed" is Basilicata (40%), followed by Val d'Aosta (25%) and Piedmont (20.4%). the most highly affected sectors are financial services (19.5%), retail sales, catering and recreational activities (19.3%) and trade, media and marketing (15.8%).
The highest percentage from among those who never feel stressed (14%) is in the age group over 55, with 30%. At the regional level, the most relaxed are those living in Abruzzo (22.7%), followed by those in Molise and Trentino (both 20%).