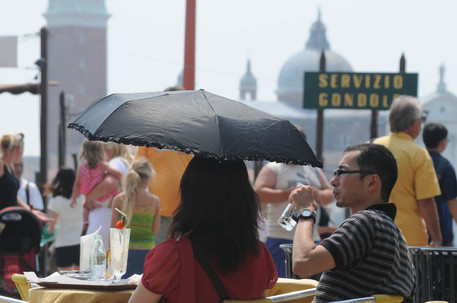 (ANSA) - Venice, January 22 - Four Japanese tourists were slapped with a 1,143-euro ($1,350) bill for a meal in Venice.
The four had four steaks, a fried-fish platter and mineral water in the osteria near St Mark's Square, according to early reports.
later reports said the steaks were large 'Fiorentine" cuts, that the fish was for four and not just a single platter, an that they may have had very expensive Amarone wine as well as water - and costly aperitifs before the meal.
On Monday the four filed a complaint with police in Bologna, where they are resident as students.
Venice police have opened a probe after a complaint from the 25 Aprile association, which broke the story.